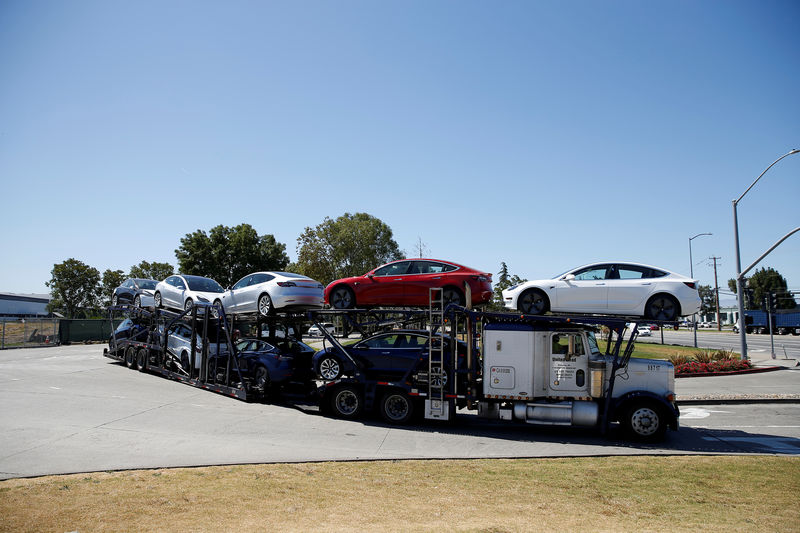 WASHINGTON (Reuters) – New orders for U.S.-made capital goods fell more than expected in April, further evidence that manufacturing and the broader economy were slowing after a growth spurt in the first quarter that was driven by exports and a buildup of inventories.

The report from the Commerce Department on Friday also showed orders for these goods were not as strong as previously thought in March and shipments were weak over the last two months. Manufacturing is easing as businesses work off stockpiles of unsold goods, leading to fewer orders being placed with factories. Industrial production dropped in April and a measure of factory activity declined to a near 10-year low in May.

Activity is also being weighed down by an escalation in the trade war between the United States and China, which has sparked a sell-off on Wall Street, as well as tepid global growth. The renewed trade tensions are expected to weigh on exports, which earlier this year had benefited from increased Chinese purchases of American goods.

Shipments of core capital goods were unchanged last month after a downwardly revised 0.6% decline in the prior month. Core capital goods shipments are used to calculate equipment spending in the government’s gross domestic product measurement.

They were previously reported to have slipped 0.1% in March.

The downward revision to March shipments suggests business spending was even weaker than initially estimated in the first quarter and could result in GDP growth for the quarter being trimmed when the government publishes its revision next week.

The government estimated last month that the economy expanded at a 3.2% pace in the first quarter. Second-quarter GDP growth estimates are below a 2% annualized rate.

In April, orders for machinery edged up 0.1% after dropping 2.0% in March. Orders for computers and electronic products fell 0.4%. There were also decreases in orders for primary metals. Orders for electrical equipment, appliances and components gained 0.9%.

Overall orders for durable goods, items ranging from toasters to aircraft that are meant to last three years or more, tumbled 2.1% in April after increasing 1.7% in the prior month. Orders for transportation equipment dropped 5.9% after rising 5.9% in March.

Orders for motor vehicles and parts decreased 3.4% last month, the most since May 2018. Orders for non-defense aircraft plunged 25.1% after rising 7.8% in March. Boeing (NYSE:) reported on its website that it had only four aircraft orders in April, down from 44 in March.

All of the orders last month were for the troubled 737 MAX aircraft. Boeing’s fastest-selling MAX 737 jetliner was grounded in March after two fatal plane crashes in five months.

Boeing has cut back production and suspended deliveries of the aircraft, which is also contributing to the weakness in manufacturing.

Overall durable goods shipments fell 1.6% in April, the most since December 2015. There was a 3.4% drop in shipments of motor vehicles and parts. Shipments of civilian aircraft tumbled 16.0% last month.

UK factories suffer sharp fall in May, but less than in April: PMI By Reuters