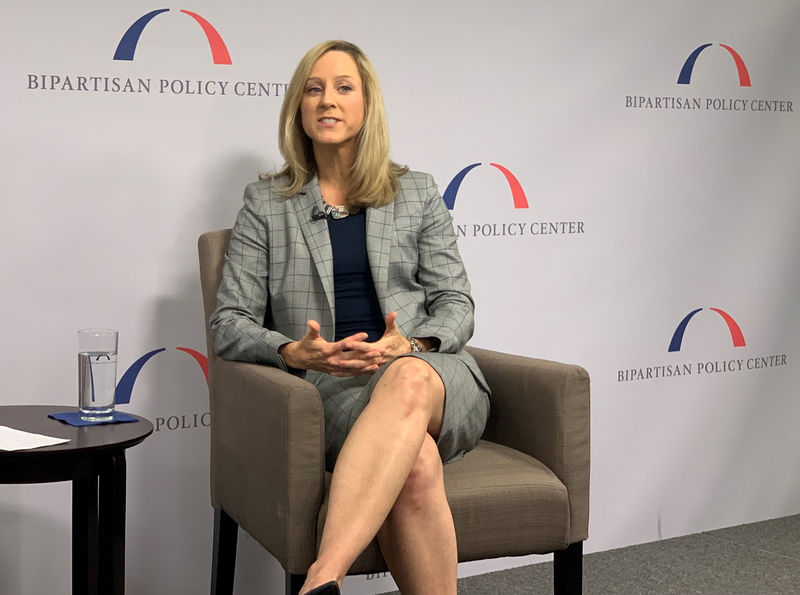 © Reuters. Kathy Kraninger speaks to an audience on her first set of regulatory priorities as director of the Consumer Financial Protection Bureau in Washington

WASHINGTON (Reuters) – The top U.S. consumer watchdog will keep consumer complaints against financial firms public despite pressure from the companies, but the agency said on Wednesday it will make changes to the way those complaints are filed.

The decision to retain the Consumer Financial Protection Bureau’s public complaints database follows a review initiated in 2018 when Mick Mulvaney, who is now President Donald Trump’s acting chief of staff, was the agency’s interim director.

“After carefully examining and considering all stakeholder and public input, we are announcing the continued publication of complaints with enhanced data and context that will benefit consumers and users of the database while addressing many of the concerns raised,” said Kathy Kraninger, director of the CFPB.

Created in the wake of the 2008 financial crisis to crack down on predatory lenders, the CFPB sits at the heart of a battle between Democrats and Republicans over the future of consumer financial protections under the Trump administration.

The CFPB complaints database, which went public in 2012 to boost transparency of consumer issues, is a key source of investigations by the agency. Financial firms such as credit reporting agencies, debt collectors, mortgage lenders and pay day lenders have long complained about being publicly named and say complaints should be verified before being posted.

Consumer advocates had been worried that Kraninger would make the database private, shielding companies’ missteps from the public gaze. Kraninger told Reuters in April that the agency was discussing how the database should operate.

On Thursday, the agency said it would continue to publish all previously disclosed fields, including consumers’ narrative descriptions of their complaints. However, it will add modified disclaimers to provide better context around the published data.

The enhancements would also assist consumers who wish to contact the companies’ concerned to get answers to their specific questions, the CFPB said.

“For too long, the Bureau’s unverified compliant database has functioned to paint a picture of guilt.”