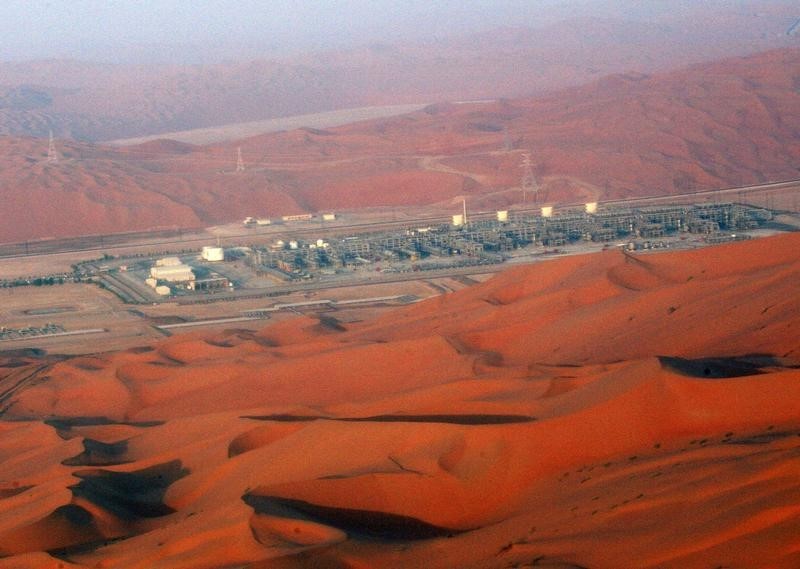 Investing.com – Oil prices fell on Wednesday after the first U.S. inventory build in four weeks, but losses were kept in check on news that the United States was seeking to build a coalition of European and Arab partners to deter Iran after an attack on Saudi Arabia.

Crude prices also fell after President Donald Trump said he ordered the Treasury Department to “substantially increase” sanctions on Iran, showing he was still not inclined to call for a military strike against Tehran.

WTI and Brent have been on a wild ride this week, surging nearly 15% each on Monday before tumbling about 6% or more in the next session. The volatility came as traders tried to come to grips with Saturday’s aerial hit on Saudi Arabia’s Abqaiq crude processing complex and Khurais oil field, which cut the kingdom’s output by half and daily world oil supply by 5%.

Saudi Energy Minister Abdulaziz bin Salman assured the world on Tuesday the kingdom’s energy industry was barely affected and that its production would be higher than pre-attack levels by November.

Even so, U.S. State Secretary Mike Pompeo on Wednesday described the attack as “an act of war” against the world’s top oil exporter, Reuters reported.

Yemen-based Houthi rebels claimed responsibility for the attack, but the White House and Saudi officials have accused Iran instead. Tehran has flatly denied the accusation.

“This is an attack of a scale we’ve just not seen before,” Pompeo told reporters traveling with him before landing in the Saudi city of Jeddah for talks with Crown Prince Mohammed bin Salman.

It is not known how successful the United States will be in building a coalition of European and Arab partners, as Pompeo suggested. Most European governments are trying to salvage a global nuclear pact they and the United States had with Iran, before Trump tore that pact up and put sanctions on Tehran’s oil, resulting in hostilities since then by the Islamic Republic.

Earlier, the U.S. Energy Information Administration said that rose by 1.06 million barrels for the week ended Sept. 13, compared with expectations for a drawdown of 2.5 million barrels.

“We have the first across-the-board rise in U.S. inventories in four weeks,” Investing.com analyst Barani Krishnan said. “Coming on the heels of the Saudi oil crisis, it raises the specter of all-out production from here on as every producer, from Aramco to Chevron (NYSE:) and beyond, is going to ramp up on the excuse that supply might fall short anyway.”